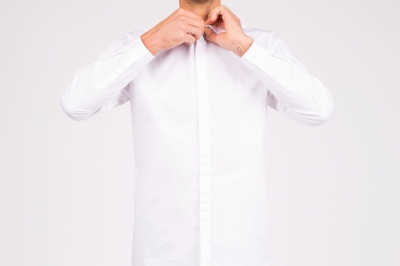 If you don’t get enough information from a candidate during a job interview, your decision about hiring them may be ill-judged. Geoff Smart and Randy Street, the authors of the bestseller Who: The A method for hiring. Solve your #1 problem, conducted a research and found out that, on average, an unsuccessful offer results in costs of about 15 monthly wages of an employee.

DigitalHR recruiting agency founder Katerina Gavrilova reveals what questions will help better understand how good a fit the candidate is for the job.

We rarely face cases of apparent deceit at job interviews, so we consider as the main obstacle for a proper offer the withholding (deliberate or not) of certain facts by the candidate and inattentive listening by the interviewer, be it a hiring manager, recruiter or founder. The problem of distorted information at a job interview lies not so much in apparent deceit, but rather in both parties’ desire to be liked by one another.

DigitalHR recruiting agency shares advice that will help you gather enough information at a job interview to make the decision about hiring a candidate.

Ask questions until you get the answers

Often, a candidate may give an incomplete answer at a job interview not because they are trying to lie about or withhold something, but because they don’t consider it necessary to boast or go into detail. For example, if a candidate is telling you about a case with a complicated client at the end of which that client buys the company’s services, a similar dialogue may occur:

— How did you manage to achieve such a result?

— My team and I convinced the client it was the right choice.

But, in fact, the candidate hasn’t answered the question. After such an answer you should clarify which arguments were used to make the client close the deal, and what was done by the candidate personally and not their colleagues. For example:

— What did you do to convince the client?

— I provided them with 5 reviews of those who had worked with our company and contact details of the clients who had had a successful experience with me.

There are 2 types of questions: closed and open. At a job interview ask questions to which a candidate will give detailed answers. But make sure your question does not contain an apparent socially desirable response. For example, to a question on how the candidate feels about routine tasks you will receive a range of answers from “Good, they soothe me” to “Any work has some routine to it, so it doesn’t scare me”. But such answers provide little information regarding the specialist in question. Better ask: “What would you classify as routine tasks? Why?” and “Who, in your opinion, should be in charge of them?” Try to avoid evaluative adjectives when asking their opinion.

The aim is to clarify during a job interview how the candidate’s past experience and their desires coincide with the company’s agenda and capabilities. So, instead of asking “Do you like interacting with clients?”, turn to the candidate’s experience and ask what they are better at and what they are worse at, what tasks seem uninteresting to them and what skills they plan on developing.

Don’t be charmed too quickly

Your impression of a candidate should be based on facts. You don’t know how a salesperson that shares so many of your interests and is so pleasant to talk to will influence the business; later on they may use such friendly communication to hide failed deals or low-quality work.

Self-presentation skills that sales and account managers have maxed out are necessary for such specialists for work purposes, but may be misleading at a job interview. That’s why you should always double-check your impression of the meeting. Willingness to provide recommendation letters from colleagues and clients, successful and confirmed cases, professional knowledge — that’s what your decision about hiring should be based upon.

Clarify the facts they give you. If they say they have had a million dollars’ worth of sales last month, clarify whether it was aligned with the sales plan, how this result differs from their previous achievements, how such indices were gained and whether they manage to maintain this level.

It is common belief that a stress response tells much more about a candidate than they would themselves. That is why stress interviews are used to discover stress resistance and behavior flexibility in specialists that will often find themselves in uncomfortable situations, such as account managers, call center employees, etc. An interviewer may be late, may interrupt a candidate, allow themselves phrases like: “And you think you answered the question?” or “Did you have a difficult relationship with your parents?”

But a job interview is stressful enough for a candidate as it is. Sometimes psychologists simulate a job interview situation in their research to see how a person responds to stress. Besides, very few on the market are able to conduct such types of job interviews professionally — one can easily cross the line and insult a candidate or make them uncomfortable.

You may opt for a retrospect approach in order to find out how a candidate acts in a stressful situation and ask them about their mistakes: “What would you call a failure in your work?” A rare few like confessing their unfortunate decisions, but a candidate’s answer to this question will allow you to find out not only about their weak spots but also their ability to handle crisis situations and learn from their mistakes. If a candidate says that no such situations occurred, you may rephrase your question: “Maybe there was some situation that made you reconsider you work approaches?” or “In your opinion, why do people make mistakes in their work?”

Projective questions allow a candidate to evaluate other people rather than themselves. Thanks to that an interviewer obtains detailed answers about the candidate’s values and motivation. For example, why do people quit their jobs, attend conferences, steal or pay taxes? Don’t forget to use speech softeners aimed at smoothing over direct questions and revealing candidate’s personal opinion: “in your opinion”, “in case”, “let us assume”, “let us reflect upon”.

— In your opinion, what helps people work more efficiently?

— It’s awesome when you are supported by a team, and your boss positively evaluates work results, it motivates a great deal.

Projective questions cannot be interpreted categorically; they are to be used as a supportive tool only. From this dialogue we can make a conclusion that with this candidate we should talk in more detail about working with criticism and motivation. It raises an assumption that negative feedback may make them less efficient, but, in this case, it is unclear how they are going to work with criticism and grow. We need to explore the issue further, for example, by asking them to describe a situation when their work was subject to criticism.

When asking about the last workplace, one cannot limit oneself to questions like “Why are you leaving?” or “Tell us about your biggest achievement”. The relationship with the current employer will allow you to get to know the potential employee to the maximum extent possible.

It’s a bad sign when they speak about their former workplace badly. It is twice as bad if they worked there for over a year — if everything was so bad, why not quit sooner? It can be assumed that such a specialist will also put up with drawbacks of the current job, without making efforts or hiding the problems from their superiors. Ask the candidate about the reasons for leaving their last job, about their interaction with senior management and the team.

Let us review the following excerpt of an interview with a leading developer:

— How soon would you be able to start?

— And how do you see the handover process?

— All my tasks will be transferred to a colleague.

— Have you already spoken to him about it? How may he react to the increased workload?

— He’ll handle it, it’s his decision to stay at the company.

An employee must give their employer a two weeks’ notice about the work contract termination. But in an executive position, as a rule, handover is barely possible in such a short period of time, not to mention finding a substitute, especially if the management are unaware. Candidate’s concern for the team they are leaving behind shows their level of responsibility. In our example we have a candidate who is still far from being a team player. But maybe the working conditions at the previous workplace are unbearable and he wants to quit as soon as possible — keep in mind that there are many sides to a situation.

Remember, not only the candidate may withhold the truth during a job interview. Company’s representative may distort the information regarding working conditions and smooth out rough edges. Experienced HR managers and senior management know that such practice may lead to early resignation.

If a company or a particular job opening have disadvantages, you should say so right away at the job interview, otherwise you will have to find a substitute as early in as during probationary period. It is always better to say something like: “It is a new position, we know which tasks the employee must perform, but don’t yet fully understand what resources it might require.” Such honesty will interest a visionary, someone not afraid of working under the conditions of uncertainty.

By Katerina Gavrilova, founder of DigitalHR

You want to be first in the loop Digital HR? Leave your email address!